What's Wrong with a Trademark that Describes the Goods

A strong trademark is one which is unique, easily distinguishable and shouldn’t be explicitly describing the goods. 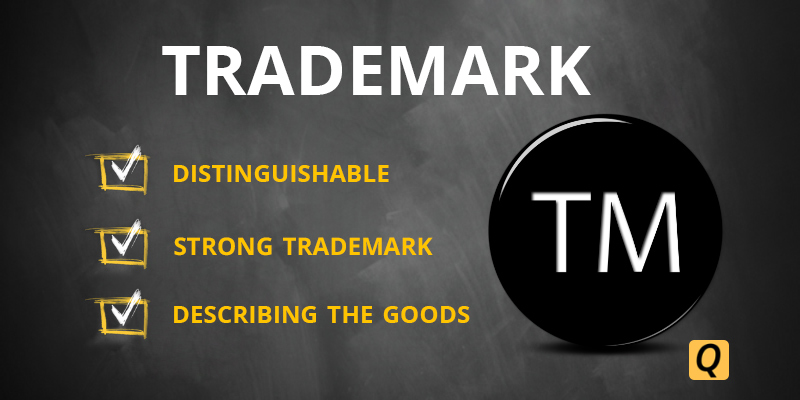 According to Section 2 (b) of the Trade Marks Act, 1999, "Trademark means a mark capable of being represented graphically and which is capable of distinguishing the goods or services of one person from those of others and may include the shape of goods, their packaging, and a combination of colors."

The law of trademark manages the following:

What is a strong trademark?

A strong trademark is not very much descriptive, and even if it is descriptive, it is indistinguishable from goods and services.

A trademark which is good, is very distinctive. They are original, fanciful, unexpected and out of the ordinary.

According to the Indian law of trademark, a good trademark should have the following qualities:

What’s wrong with trademarks that are too descriptive?

Trademarks that are too descriptive are often considered as weak trademarks because it is not easy to protect the trademark by laws unless,

What is the fate of Descriptive Trademarks in India?

“In the Sallaki case, the defendant endeavored to demonstrate that the Plaintiff's check Sallaki was clear since it trusted the plant from which the drug is determined is called SALLAKI in Sanskrit, and to further bolster the term's wide utilize, the Defendant gave sixteen cases of how the stamp SALLAKI or its variations were being utilized by makers as a part of the business.”

The Defendant lost on this contention. Notwithstanding, there have been different choices in India in which a gathering could demonstrate that a stamp was enlightening.

Therefore practically there is nothing wrong in a trademark being descriptive, but when it comes to the protection of the trademark, it is difficult to do that.