Scope of Reporting of Auditors in Audit Report as per MCA

An auditor plays a significant role in reviewing and verifying the financial records of a company while ensuring that Companies have complied with the statutory norms. Thus, fulfilling the primary role of preventing fraud and protecting the interest of creditors, financial institutions, the public, etc. 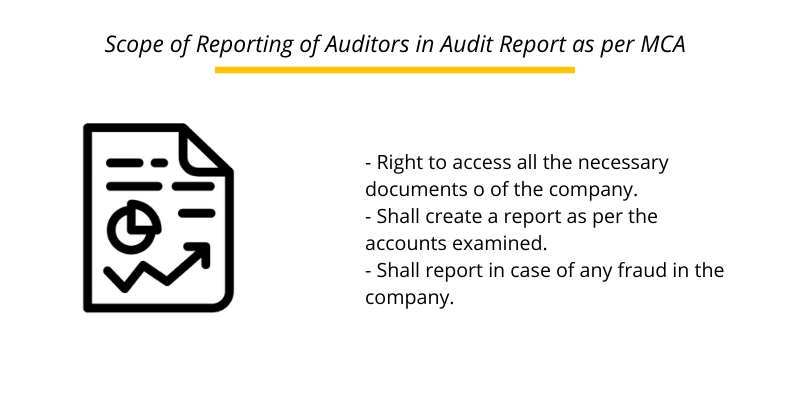 Section 143 of the Companies Act, 2013, along with Chapter X the Companies (Audit and Auditors) Rules, 2014, provides the powers and duties of auditors. This article highlights the role of the auditor in the Audit Report as per MCA.

Power and Duties of Auditors:

Details to be provided in the Auditors Report:

As per these clauses, the auditor has to furnish the details provided below in the Auditors report:

The auditors must comply with the auditing standards at all times and where the reasons shall accompany any qualification mentioned in the report. Further, it is also to be considered that the audit trail system and additional reporting requirements will help ensure proper compliance by the company.