A takeover of NBFC entails the purchase of any NBFC by other Company. Reserve Bank of India lays down the procedure for the acquisition of NBFC's. 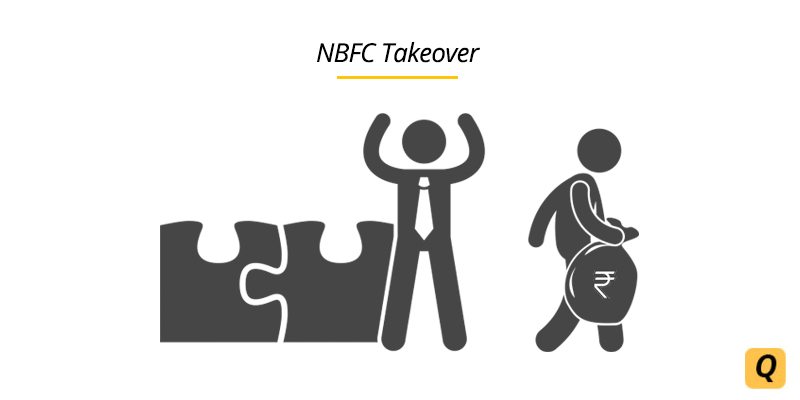 NBFC Takeover happens when the company aiming to acquire makes a bid in an attempt to assume control over the target company it is done by purchasing a majority stake in the company. According to RBI guidelines, before acquiring any NBFC company, the acquirer requires prior approval from RBI. An application has to be made on the letterhead of the company which has to be submitted to the regional office.

When is Prior Approval Necessary?

Before acquiring any NBFC company the acquirer company has to file an application to RBI in their letterhead, but certain takeovers are kept out of the purview of the terminology takeovers by RBI, and hence no prior approval is necessary in that case. Such cases involve takeover with minor changes in the management of the NBFC of the company.

Prior approval from the Reserve Bank of India is necessary for the following conditions only.

•    Whenever the acquisition or takeover results in a major change in management.

•    If any amendment is made in the management and that change result in management leads to more than 30% change of directors of the company acquired.

•    If the deviation in shareholding leads to 26% transfer of the paid-up capital of the NBFC, then prior approval is necessary

Documents to be submitted to RBI are KYC documents, the projection for three years is to be prepared with reference to incoming directors which is suggested by the acquirer

More on: Future of NBFC in India

Information about the Directors/ Shareholders

All Sources of funds received by the proposed shareholders acquiring the shares in the NBFC should be declared;