Every business is initiated with an idea of its particular name and a defining trademark which reflects the logo of the company. 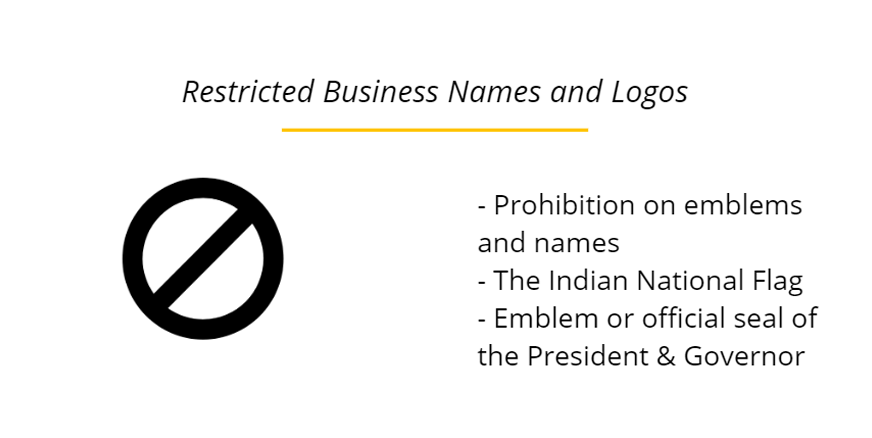 The business entrepreneurs should be well versed with the legal framework which determines the authentication of their logos and trademarks.

Also registration of such companies which are not binding by the above law holds invalid. The act states the law as follows:-

Prohibition of improper use of certain emblems and names

Prohibition of registration of certain companies

List of restricted names, emblems, flags (under the act)