Any private company having a paid-up capital of not more than 50 lacks and its annual turnover does not exceed more than two crores, then it can be introduced as a small company under companies act, 2013. 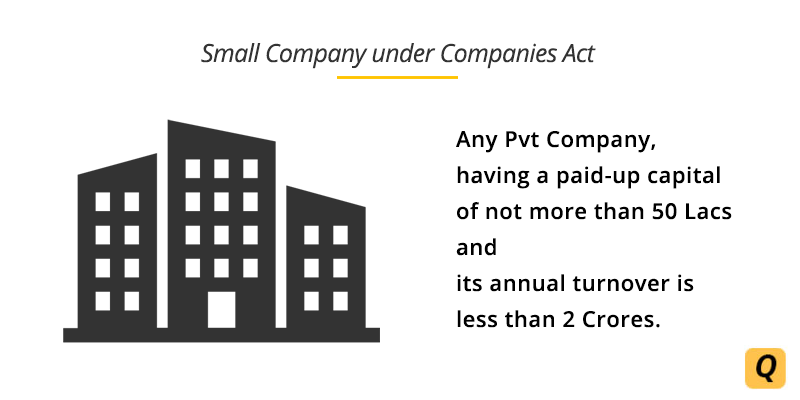 What is Small Company?

What are the salient features of a Small Company?

What are the benefits of a Small Company?

To promote start-up India scheme, the government introduced many initiatives for the MSME sector benefiting small companies to operate under relatively lighter regulatory oversight considering the size in which they operate and also to enable compliances easily and cost-effectively. Also to ensure that these small companies do not suffer the consequences of regulations designed to ensure the balancing of stakeholder’s interest of large, widely held entities.